One of Jane's tattoos sends the team to a remote location where they find themselves face to face with a dangerous criminal in a case that puts Jane and Weller's strained relationship to the test and threatens to expose Mayfair's secrets. Meanwhile, Patterson breaks the rules to solve a tattoo puzzle.

Weller confronts Mayfair about former confidential informant Saúl Guerrero, #2 on the FBI's Most Wanted list, and the subject of the redacted file number tattooed on Jane's body. Mayfair was Guerrero's handler. When he went bad, she tried to indict him, but there was a leak and he went missing two years ago, a major embarrassment for the FBI.

When one of Jane's tattoos points to a Michigan address, the team pretends to investigate a cold case in a secessionist-heavy town. There they find Saúl Guerrero, whom they arrest immediately. But bringing him back to New York is another matter, since the local secessionist militia is protecting him. But Jane's tattoos guide them to a weapons cache with a map to a helicopter, which it turns out, Jane knows how to pilot. Noticing Guerrero doesn't seem to know Mayfair, Weller questions the validity of her previous story. Cornered, she tells him about something only three people in the world know about: Operation Daylight.

Meanwhile, after deciding they're going to live together, Patterson and her boyfriend David investigate one of Jane's tattoos. As the mystery unravels, the pair find a code hidden inside an 18th-century book. When Mayfair inevitably figures out that David is privy to classified intel, she furiously shuts Patterson down. Ashamed and scared for her job, Patterson breaks up with David. 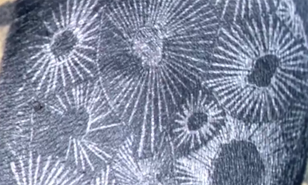 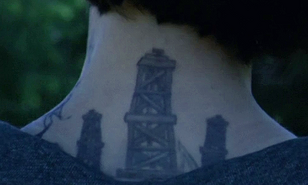