One of Jane's tattoos matches the logo of an illegal app called Trakzer, which tracks all government vehicles and has led to numerous fatalities. The team goes after its maker, 17-year-old hacker Ana, who believes she created the app for the NSA. In actuality, the app was commissioned by terrorists who are using it to locate their targets. After Jane and Ana form a personal connection, Ana helps the team track down the real mastermind behind the app and take it offline. But after her release, Ana's abducted by Russian mobsters who force her to help them find a government vehicle transporting weapons. She guides them to the munitions, but not before tipping off the FBI, who take out the Russians.

After a long day, Jane returns to her home. Unbeknownst to her, the man from her dream, let's call him Oscar, is watching from the shadows. Across town, Weller is upset to find his father still at his apartment, where Sarah persuades him to spill the beans - Taylor Shaw is alive. 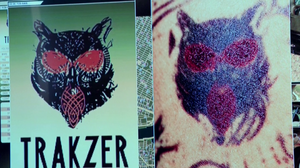