Kristina Reyes
Avery Drabkin is Jane Doe/Remi Briggs' biological daughter. She was given up for adoption within hours of being born against her mother's will.

Avery was born when Remi Briggs was only 16 years old. She was given up for adoption by her grandmother, Ellen Briggs, who saw the child as a liability for her daughter, current and future plans. She had Rossi organize the adoption.

She was later adopted by Bob and Elsa Drabkin.

On her quest trying to find her biological mother, Avery helped a distressed man, Weller, who was trying to get help from a German receptionist at a hotel. She fluently spoke in German and convinced the man to ask around to see if anyone had seen Jane.

After Weller thanked Avery for her help, she mentioned that they were there looking for the same person; she took a picture of Jane from the bag and confessed that she was her mother.

As stubborn and determined as her mother, Weller agreed to let Avery follow him to an abandoned building. There Avery confessed that she always knew she was adopted but got curious about her biological parents after her adoptive ones passed away not long ago.

At first, Avery was reluctant to believe her mother really loved her, otherwise she wouldn't have given her up for adoption but Weller reassured her that Jane wasn't a bad person and that she probably had a good reason to give up on her child.

Avery managed to convince Weller to take her with him to Max's hideout out of curiosity in case they found Jane there; however, Weller ordered her to stay at their place due to the risky situation they would encounter.

Disobeying Weller's orders, Avery walked into the dry cleaner store and was shot on the abdomen by Weller who later realized about his mistake. He left Avery's body on the floor in order to save his life.

However, Patterson discovers a recent distress call from Avery that shows she is alive, held by German gang leader Dedrik Hoehne. Reade sends Jane and Weller to Berlin to save her. At Jane's insistence, he also sends Clem, much to Weller's dismay. In Berlin, they eventually track Dedrick and his gang down to an abandoned set of tunnels. Weller and Roman come face-to-face at a wall made of bulletproof glass. Roman insists that Crawford is their common target and promises more surprises. Jane and Clem manage to save Avery. 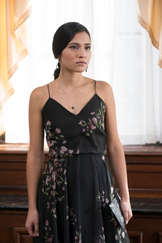 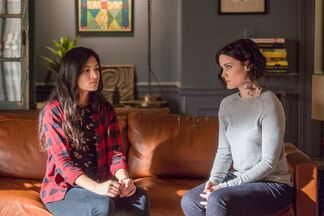 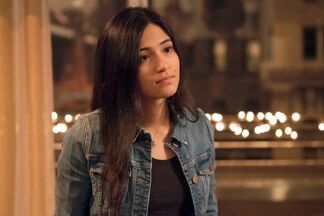 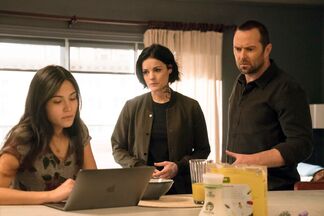